Accomodations Experiences
Brogno – Nuvolone Viewpoint – Martina Refuge – S. Primo Peak – Bocchetta Terrabiotta
Some short stretches may be exposed or with easy rocks, which need some prior experience
Leave the car in the hamlet of Brogno, which you can reach following the Provincial road Bellagio-Magreglio and then following the paved road which lies between two pillars. (The town of Brogno is also accessible from Bellagio with bus service to Asso, getting off at the request stop situated right near the two pillars and then walking along the paved road which, past the stream Perlo with a beautiful bridge stone, comes to the houses of Brogno after less than a kilometer).
When the climb finishes rather than go to the right level, take the road that goes between two fences on the left and continue until you come to a delimitation marked by poles on the left before a gate. Take the trail to the left that goes uphill into the wood and continue, following the trail sign. The trail winds, with a medium-steep slope, through elm, maple, beech and birch woods.At the end of a steep stretch you come to a clearing where you can see one of the loveliest views of Lake Como at the Nuvolone viewpoint (the peak of Mount Nuvolone is 10 minutes away, but is not particularly interesting, as it is in a wood covered by dense vegetation). Continue along the left (eastern) side and after crossing several clearings the trail descends between some easy rocks to the Bocchetta del Nuvolone, (where you will find the “Virgin Mary dei Fungiat” in a grotto).
Pass the Nuvolone saddleback (939 metres above sea level) ignoring both the trail on the right that descends to Lezzeno and the one on the left that descends to Route 1. Route 39 continues along the crest, past woods, clearings and the houses of Colmenetta, past Mount Fopa (1116 metres above sea level). Keep right along the ridge to arrive at the Martina mountain refuge- Alpe dei Picet. From the Martina mountain refuge the trail continues towards the peak of Mount S. Primo. The trail has some very arduous and steep stretches. From the peak of Mount S. Primo you can see one of the loveliest views, which on a clear day, stretches from Monviso, to Mount Rosa, the Jungfrau group, the Rhaetian Alps, the Disgrazia and the Prealps of Lombardy.
Now you can descend towards the southeast on the unpaved road, or via the trail that runs along the crest (beware of nettles: wear long trousers) until the Bocchetta di Terrabiotta where you join Route 1. To the left you can descend to the Mount S. Primo Park or continue straight along the ridge towards Brunate. 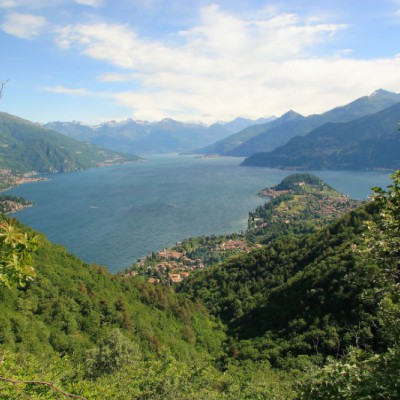 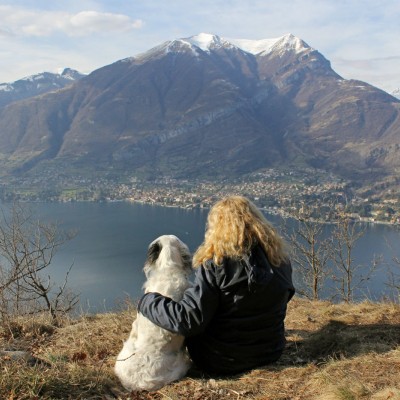 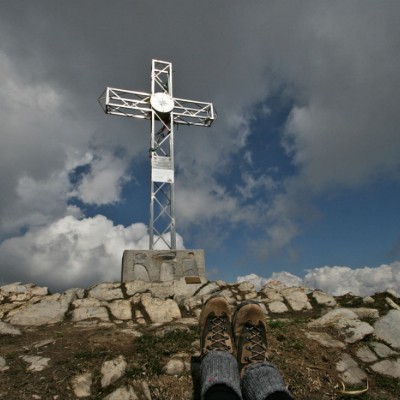