Villa Cipressi is a series of buildings and gardens of great historical interest built principally between 1400 and 1800.

Among the various proprietors was the noble Serponti family who migrated here from the Comacina island when, in 1169, this island was destroyed by the people from Como. At the end of the 18th century it was owned by Baron Isimbardi, director of Milan’s Mint. It was also an hotel and among the guests in 1838 was Emperor Ferdinand I of Austria and his family. Later it was taken over by the Andreossi family who were mainly interested in the park and after them it passed to the English knightly family of Sulton and latterly to the editor Accame.

In 1980 it was bought by voluntary public subscription by the “People and Friends of Varenna” and now it’s run by a private association of volunteers who ensure, over and above everything else, that it participates in the prestigious international cultural manifestations which take place at the nearby Villa Monastero. Amongst the most important guests that have been there are well known people such as the Nobel Prize winners Rubbia, Bardeen, Alfven, Cooper, Schrieffer and other illustrious scientists and teaching staff from the most important Italian and foreign universities.Now it is an Hotel. 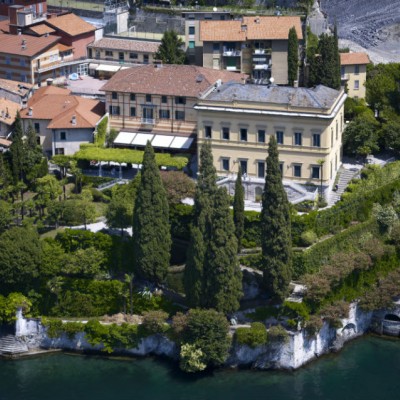