Accomodations Experiences
There’s a legend about why this church was built: A lord of the Castle (the present-day Villa Serbelloni) used to travel every day from Borgo to Visgnola. He would stop and drink water from a well (the same water that comes from the Avelli fountain now below the right side of the church, where water spurts from two granite heads with human
features). This gentleman had trouble with his legs so he always went up to Visgnola on horseback.
He noticed that before leaving the well, his horse would always perform a sort of bow. One day after stopping at this spot as usual, he suddenly felt his legs get better. He called his men and dug a trench in front of the well where he found an image of Mary with the Baby Jesus which, according to this legend, is the one to be found in the choir of the church.
He decided to build the church on this very spot and to dedicate it to the Madonna.
The building dates back to the 16th century and became the parish church in 1857. Inside we can admire beautiful pictures on canvas and a sectioned icon behind the altar, the work of a local artist. Hung on the walls on the sides of the nave are three canvases which date back to the end of the 15th century and originally belonged to the Church of S. Martino.
The first on the left when entering shows St. Albert the Great discussing the Holy Scriptures and date back to the 16th century. He is surrounded by various religious figures as well as a man in civilian dress. Another canvas shows the Madonna on a throne with Baby Jesus, St. Dominic and St. Peter and in the lower part one notes a Pope and Sovereign, representing both spiritual and temporal power.
On the opposite wall is a painting the dead Christ, thought to be by the same artist. 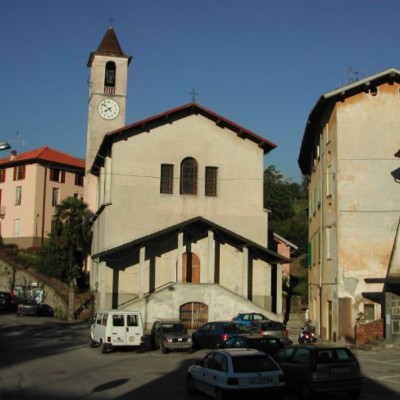 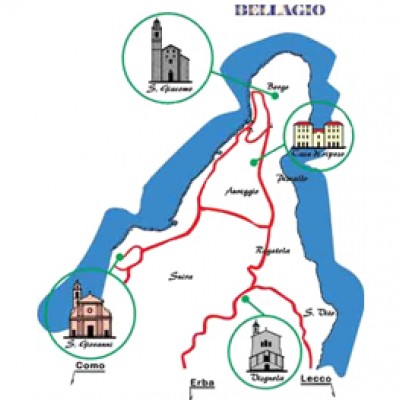