Francesco Melzi d’Eril, count of Lodi and Vice president of the First Italian Republic in the time of Napoleon, decided at the beginning of the 19th century to build a summer residence at Bellagio.
The villa was built between 1808 and 1810; Count Melzi’s taste for the neo-classical style came from Napoleonic France and inspired his choice of the architect Giocondo Albertolli. The white columns that flank the landing stage in front of the villa, and the regular succession of the windows enhance the classical style of the house when viewed from the lake.

The park was commissioned to Luigi Canonica and the agronomist Luigi Villoresi, who also laid out the Parco di Monza The axis of the garden extends up the slope from the lake to a high point above the villa.
It is crossed by many winding paths.
Under the trees, along the shore and at the intersections of the paths, are Egyptian sculptures and Roman statues which add to the romantic atmosphere of the garden. According to the taste of the period lots of exotic trees were planted. Fascinating is the Japanese pond with water lilies, surrounded by Japanese maple trees and cedar trees. In April and May you can admire the blooming of the azaleas and rhododendrons
The present owner is Count Gallarati Scotti.

Tickets include entrance to the neo-classical Chapel, the museum and the park with its interesting sculptures and stupendous azaleas and rhododendrons.

OPENING HOURS
open from March 26th to November
Every day from 10.00am to 7pm
Ticket Office closes at 6.30pm

WINTER SEASON:The gardens of Villa Melzi will exceptionally open their gates in winter, allowing you to discover them in another guise, when nature rests and prepares for the spring explosion and the gardeners so lovingly take care of trees, flowers and the small paths that run through the garden.
The gardens can only be visited with guided tours for a maximum of 30 people per visit on the following days
DECEMBER 10th– 11th– 17th  -18th – 30th – 31st
JANUARY 7th  – 8th
TICKET OFFICE OPENING HOURS (LIDO SIDE): from 10.30am to 3pm
VISITS START AT 11am – 1pm– 3pm 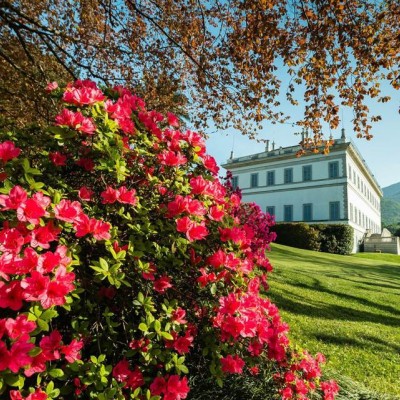 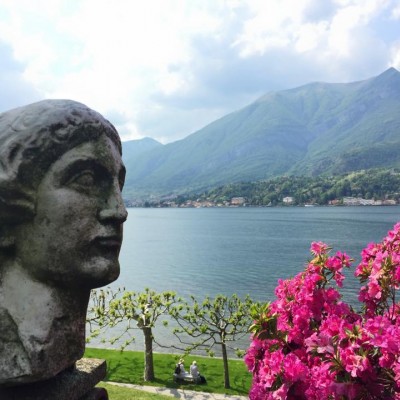 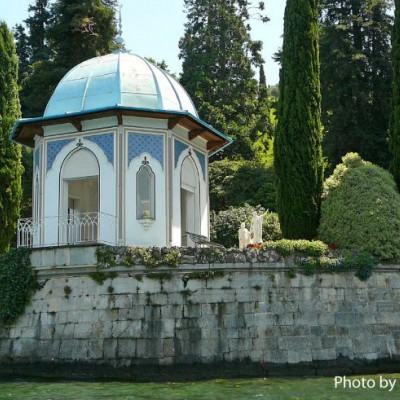 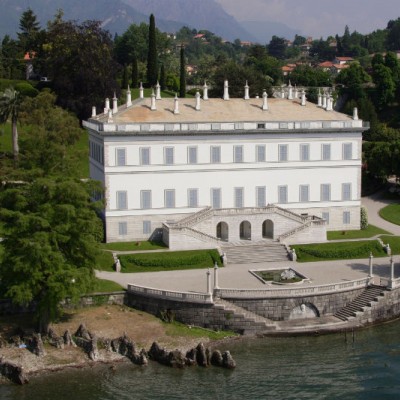 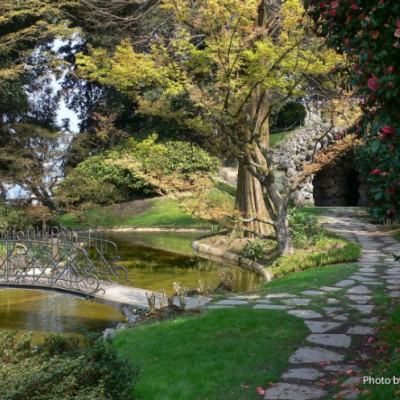 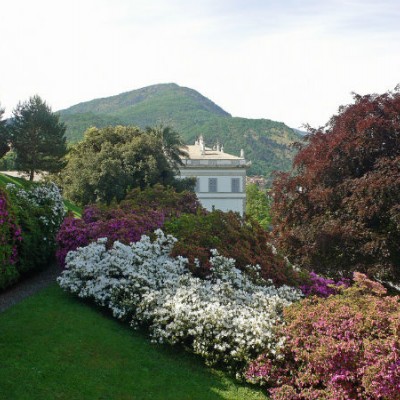 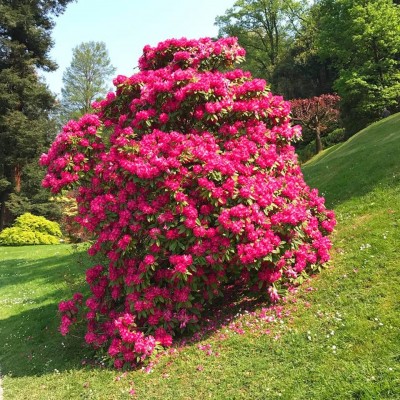