The villa, as the name indicates,  was a Cistercian convent dedicated to St. Mary Magdalen.
It was probably founded before 1200 after the destruction of the Island Comacina, by the Comaschi during the war between Milan and Como.
In 1567, the convent was dissolved and the villa and grounds were bought by the noble family Mornico from Cortenova in Valsassina.
In 1645 Lelio Mornico completely changed the old convent into a splendid abode. In the 18th century it had various owners and during the second half of the 18th century it underwent some great restore works.
At the end of the century the German Kees became the owner and he enriched the garden.

In 1918 the villa was appropriated by the government, and in 1925 bought by Marco De Marchi who donated it to the state; in 1977 it finally past to the C.N.R. (National Council of Research). The villa had become in a few years an international cultural and scientific centre and from 1996 managed by the Province of Lecco.
In 2003 the inside of the villa became a museum with 14 rooms furnished with original objects and furniture.
The villa stands in a magnificent park where citrus, cypresses, pine trees and agaves grow and stretches over more than a kilometre. Statues and bas-reliefs can be admired along the paths among the numerous Mediterranean and tropical plants

Among those who frequented Villa Monastero was Fogazzaro who used the garden as inspiration for his theatrical work “Nadejde” which tells the story of the Princess de la Roche Plessys. 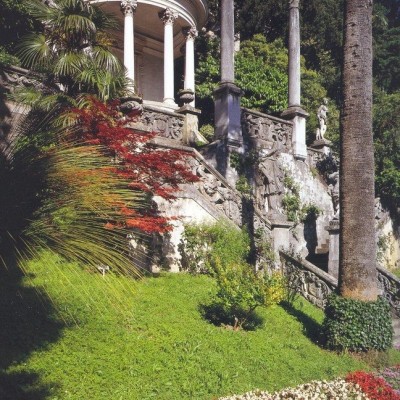 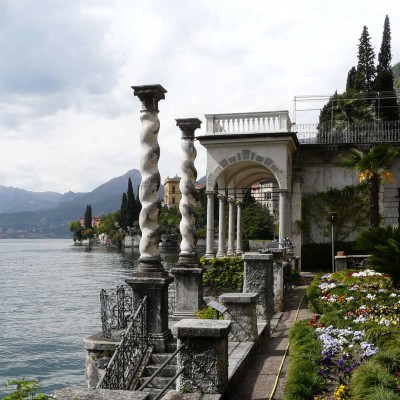