Here is a selection of castles and fortresses you can visit moving on the lake from North to South:

The Forte Fuentes is a symbol of Spanish domination in Northern Italy, which was so well described in the famous novel The Betrothed written by Manzoni. The fortress lies on the eastern Montecchio (hill) in Colico and overlooks the nature reserve of Pian di Spagna (Spanish plain). It was built by the Spanish at the beginning of 1600 to stop invasions from the Three Grey Leagues (nowadays, Swiss Grisons). The fortress was long disputed and in 1796 it was destroyed by the French troops, by order of Napoleon.
You can visit the fortress’s ruins, the Piazza d’Armi, the Church, the Governor’s Palace and the embrasures.
Opening times and info. 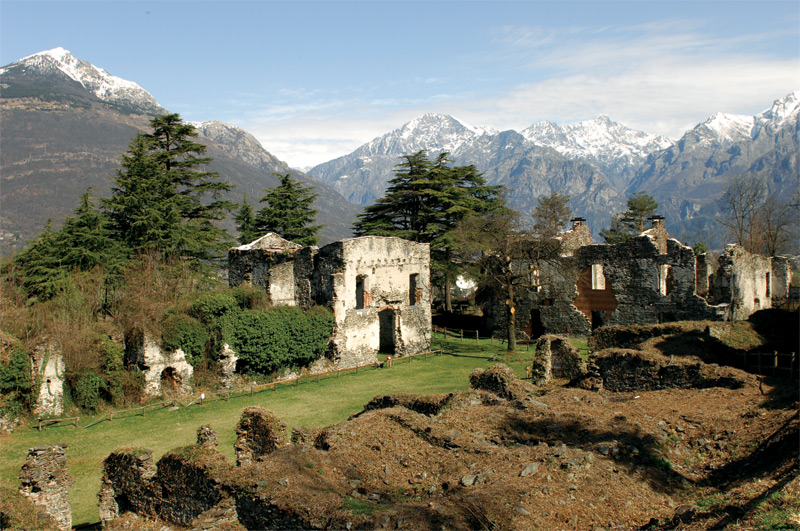 The fortress was built within few months between 1912 and 1914, just before the First World War, in order to prevent raids from the North, through Swiss territory, by German and Austrian-Hungarian troops. Several soldiers lived here during the two World Wars, nonetheless, the fortress was never attacked and its cannons were just used for training and, once, to intimidate Germans passing on the opposite lakeshore. The guided tour shows you different areas of the best preserved WWI fortress in Europe, among others, the barracks, the infirmary, the command room and the armory.
Opening times and info 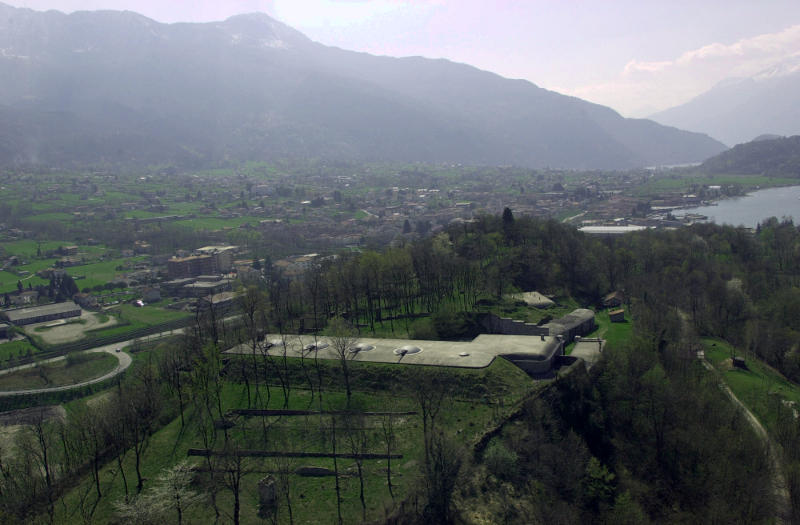 This castle has remained almost intact since it was built between 1363 and 1370, which makes it one of the best-preserved in Lombardy. It served a defensive role. The village of Corenno Plinio, with its narrow roads and solid front doors, was founded around the castle. The castle is private property, but you can book guided tours every first Saturday of the month (March-October). 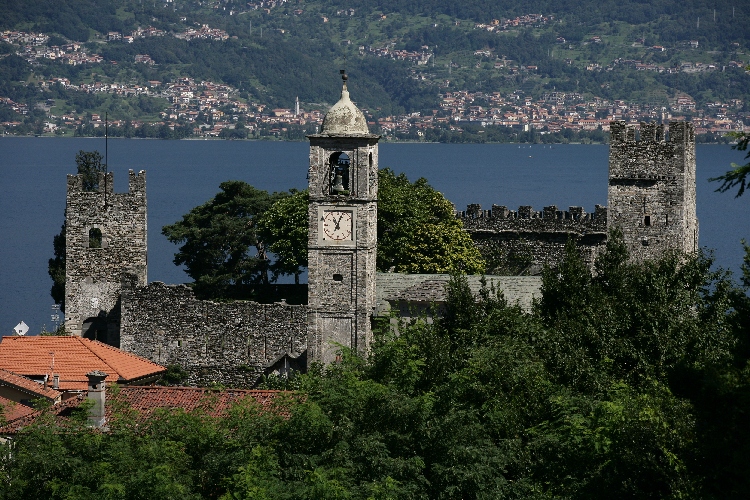 The castle was probably built by the Lombards to keep control on the important via Regina and this area of the lake. Between 1525 and 1532, Gian Giacomo Medici, known as the “Medeghino”, ruled the lake from this castle, with the help of a gang of bandits and pirates who robbed, kidnapped and put duties. Later, the attacks from Swiss Grisons increased, a truce was negotiated and the castle was destroyed. Today you can still see its ruins. 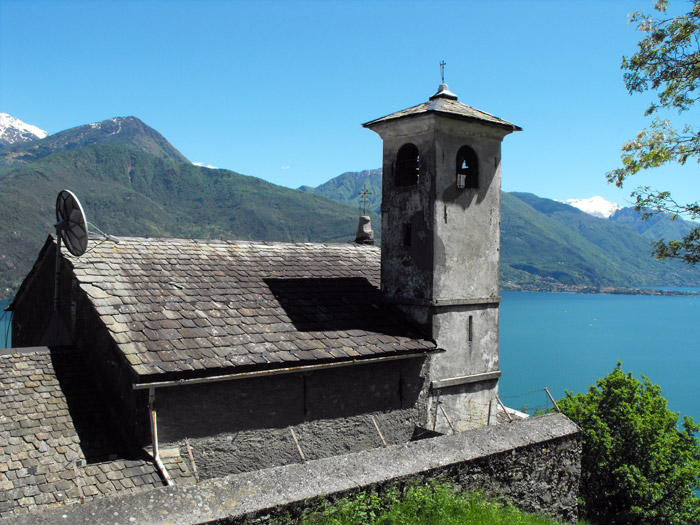 The castle was built in the 15th century, probably on the ruins of an ancient fortress. Nowadays, the castle is private property, therefore it is not open to the public. Yet, from outside you can admire the three crenellated towers and the walls. The little borgo of Rezzonico itself is worth a visit for its simple and calm beauty. The castle, located in Vezio, part of the town of Perledo, has been overlooking  Varenna for over a thousand years. Nestling in charming surroundings, the castle is a place where local history, art, nature and culture are mingled together.
You can visit the gardens, the dungeons, the walls, admire art pieces and climb the tower, which contains a permanent exhibition of the Lariosaurus, an extinct aquatic reptile whose fossils were discovered in the area of Perledo.
Opening times and info

The castle of Lierna was already built during the Roman Empire, although the building was altered through the centuries. You can still see the walls facing the lake, built in the Medieval Age, the base of a watchtower and the little Church of Saints Maurice and Lazarus (11th century). The castle served as a strategic lookout, allied with the Duchy of Milan, until it was dismantled in the 16th century. After this, it converted to a commercial and residential area. Walking along the little roads of the hamlet Castello, you find flowery courts and narrow roads which evoke the past of this special place.

The castle was built on the top of the promontory and for centuries it served as customs and lookout for possible invaders. It was built by the Insubres (6th century BC), occupied by the Romans (1st century BC), strengthened by the Goths (5th century AD), expanded by the Lombards (by Liutprand, 6th century AD) and eventually destroyed in 1375 by Gian Galeazzo Visconti. Nowadays, it lies in the park of Villa Serbelloni, which you can visit with guided tours from March to November, Tue-Sun, at 11am and 3:30pm (tickets in the medieval tower on the Church square). 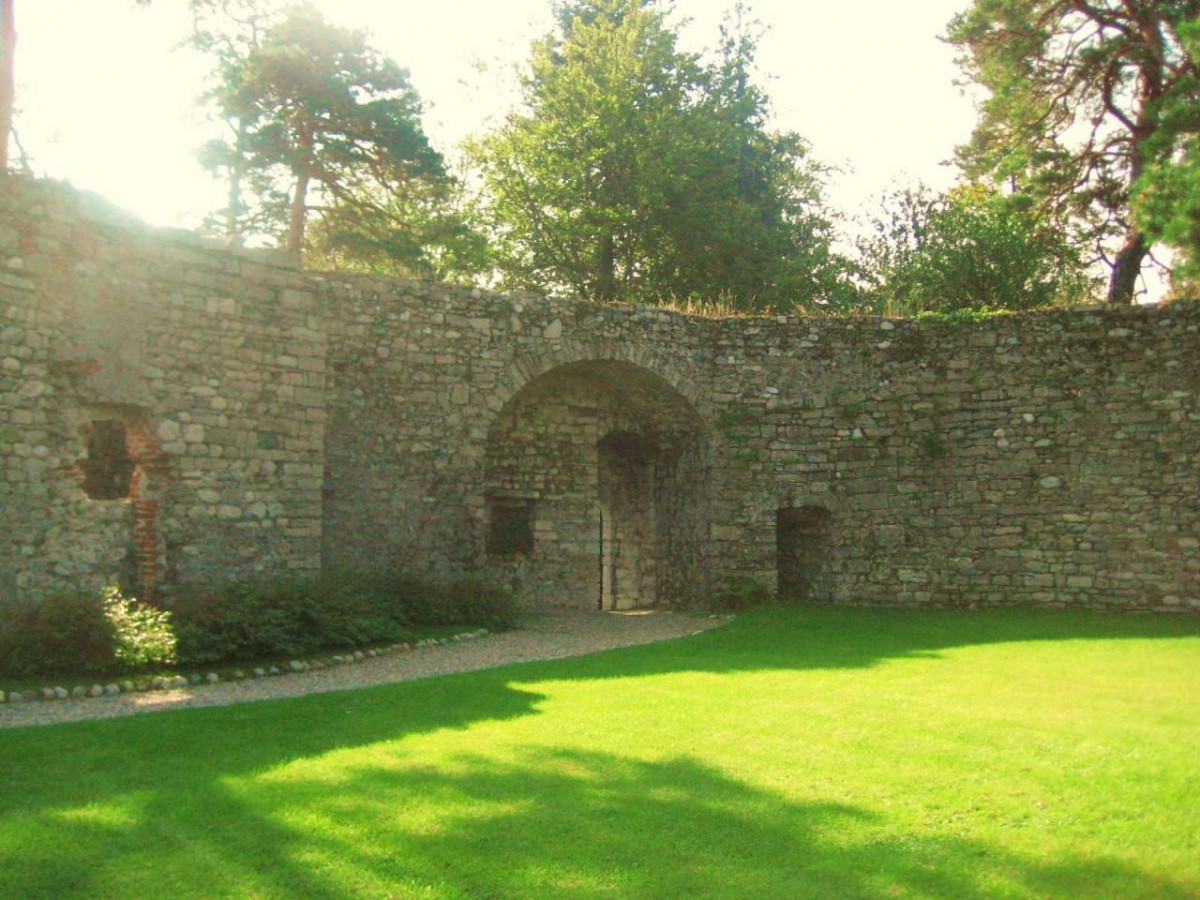 The fortress was built on the ruins of ancient buildings by the Emperor Frederick I, who helped Como to defeat Milan allies on the lake. Thanks to its strategic location over the city, the castle controlled the surrounding area. It was dismantled in 1526 by Spanish invaders. Today, Castle Baradello lies in Spina Verde regional park and several hiking trails connect the city of Como to the historical site. You can visit the tower, which presents a museum with archaeological evidences.
Opening times and info 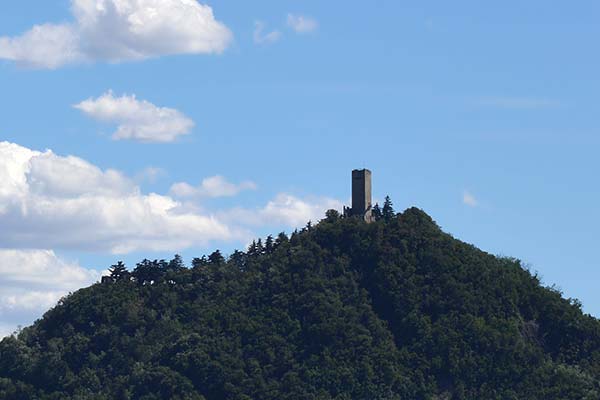